Why Bring Cris Johnson to Your Fair or Festival? - Amazing School Assembly Programs and Library Shows

Why Bring Cris Johnson to Your Fair or Festival? 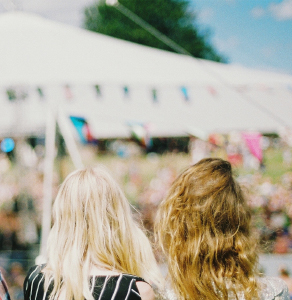 You will have a flat fee, with NO mileage charges or surcharges of any kind. Cris works hard to make his programs affordable because of his desire to support community events.

Cris performs for children of all ages and their families all year long. He’s an expert at it and believes it’s more skillful to entertain a family audience of varied ages with clean humor as opposed to some of the part-timers out there who think it’s funny to slip in some adult humor to try to appeal to grownups. Everything Cris does is family-friendly, like you’d see in a Disney cartoon.

Cris has experience presenting programs to all kinds of groups – hundreds of school-age children, hundreds of teens at a high school, a dozen or so adults in a meeting room and all points in between. Cris guarantees your guests will LOVE his program.

Cris has extensive presenting wildly successful shows in all kinds of situations, meaning he can adapt to your needs, whether he’s performing on grass, in a building on a raised platform, or a corner of the street. Plus, he can provide his own state-of- the-art sound system and microphone, meaning one less thing for you to worry about!

Cris has YEARS of experience presenting programs to all ages all over North America (35 states in the United States and many parts of Canada!) What’s more, he is equally skilled at crafting and presenting a program to children as he is for adults or mixed family audiences. Cris guarantees each audience will be enthralled, regardless of the age range.

Your fair or festival attendees are actively involved during the program. Some segments involve the entire audience participating. Other segments involve on-stage helpers from the audience. No one is made fun of and everyone who helps will feel great about helping Cris during his program. Adults always remark about how well Cris Johnson works with children, teens and even adults!

Some performers ask a LOT from busy event coordinators. You know the ones–they want special lighting, a dressing room, and their own bowl of green M&M’s. Not Cris! He can present his programs anywhere. Cris guarantees space and set-uo requirements will be minimal. He brings his own PA system, tables, everything! You’ll be amazed at how quickly he can set up, meaning a quick transition to the next act if you are planning on multiple acts using the same stage.

Just look around our website and you will see a tiny sample of the feedback Cris’ programs have received over the years. It’s one thing for a presenter to toot his own horn, but it’s impossible to argue with honest feedback from his corporate clients and program coordinators!

While Cris uses NOTHING dangerous or inappropriate in his programs, he is fully insured for your peace of mind! If you need a copy of the insurance on file or if you need Cris to add your event as an “additional insured” for his performance, no problem – just call the office and we’ll take care of it!

Cris truly believes in the quality of his programs. Therefore he does not hesitate to guarantee them. His simple guarantee works like this: If you don’t feel Cris’ program was worth MORE than he said it was, he’ll return your full fee PLUS donate $250 to your fair or festival just for wasting your time…and after presenting thousands of programs for almost two decades, NO ONE has ever requested their money back!